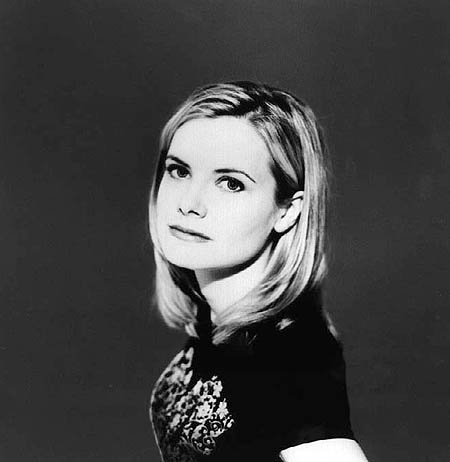 Here is yet another story about an artist from Halifax making it big. Following in the heels of fellow musician’s Holly Cole, Amanda Marshall, Sarah McLachlan, Sloan (who have all called Halifax home at one point) comes Melanie Doane who, like Marshall and McLachlan, is setting out upon the yellow brick road of Pop. Like her contemporaries, Doane hopes she can parlay her success in her native Canada to American and International stardom.

Although her ambitions are large, so are the hurdles Doane will have to overcome to reach the top. Many say the pop market is already crowded, and speculate if there’s room for another female vocalist. Despite this, Melanie seems unbothered by the pressures of the music industry, and instead focuses primarily on her craft. Says Doane, “I need to sing. I need to express myself through songwriting and I’ll play pretty much anything with strings on it.”

A musician at heart, Doane has mastered both the violin and the guitar, her primary instrument. She is even proficient on the ukulele, her first instrument, taught to her by her father while growing up. Melanie Doane grew up in a musical household (her father is a music teacher), so it comes as no surprise that she should follow suit. Along with her father, her mother also practiced with Doane: “I grew up in a house full of instruments and siblings to jam with. (It was my mum though who practiced with us everyday)”.

Melanie Doane first broke onto the music scene with her 1993 independent EP, Harvest Train. Although it wasn’t a huge success in terms of sales, Harvest Train brought Doane to the attention of Sony Music Canada, who promptly signed her to a record deal and began recording. Shakespearean Fish, her debut album with Sony was a moderate success throughout Canada and lead to a cross-Canada tour in 1996.

Doane returned in 1998 with Adam’s Rib, a successful sophomore release which expanded the young singer’s fame and fan base. The album fared well with critics and produced two hit singles in “Adam’s Rib” and “Happy Homemaker”. Doane continues to record, and to tour, and still feels strongly about her music. Of her trade she claims “I can’t say any of it better than I do in the songs, so the best way to get to know me would be to listen to them.”